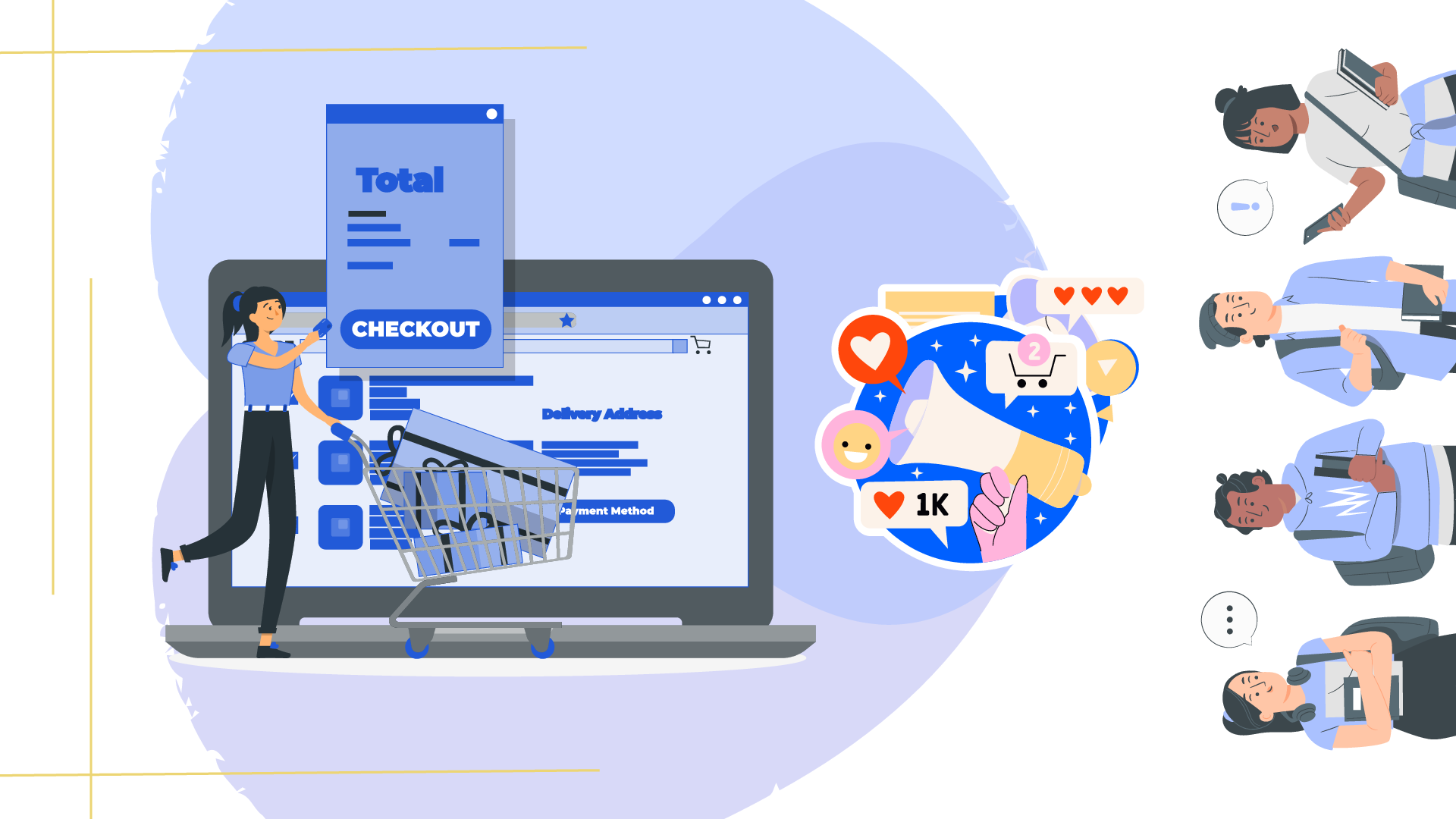 Return to all articles

We check out how Glade, Cheerios and BrewDog used creative methods to launch successful marketing campaigns

In times gone by, you might have discovered new products by visiting a mall, shopping centre or department store and seeing something in the shop window. You may have been handed a free sample of a new energy drink to taste, or caught a whiff of some free perfume.

Now ask yourself, how do we recreate this today?

Traditional methods of promoting new products, or old products to new markets, are now far less reliable than they used to be: the mass migration of to online shopping, even pre-Covid, has rendered this marketing trick next to useless, at least for the meantime.

Thankfully there are still some ways to get your products out there into the public eye, but you might need to be a little more creative than before! Here are a few ideas and examples of creative marketing strategies to help you entice new customers and stand out from the crowd.

As mentioned above, free samples were once a go-to in stores to attract new customers. This doesn’t have to be a lost cause for eCommerce merchants, however! Just because you can’t have someone physically handing it over, doesn’t mean that you’re unable to get your new products into your customers’ hands.

One ingenious example is Glade, who went to extreme lengths to get customers to try out their new scent. Teaming up with Walmart, Glade infused their new scent in the packaging pillows for all deliveries from Walmart’s online store. When the pillows are popped by a customer, the new Spring scent is released, and a QR code gives them easy access to purchase the scent for themselves. The in-store experience is replicated seamlessly: where a customer may once have been strolling in Walmart and asked if they want to sample the new Glade scent by a store attendant, the customer is now presented with a new scent as part of the Walmart shopping experience in their own home.

Not only does the scent reach people it wouldn’t usually, the QR code makes it quick and easy for customers to purchase it. Streamlining the purchasing process is likely to cause less customers to drop off from any initial interest, as they have to do next to nothing to finalize their purchase.

In the first week of the campaign, sales of Glade’s home fragrances from Walmart’s online store rocketed by 83%, having a substantial impact on their impressions and sales. Including a free sample with easy access to finalizing the purchase is a great way to share your wares in a creative new way.

Consider adding some free samples in with your orders, alongside a handwritten note thanking your customer for their purchase with a QR code linking them to explore more products - particularly the samples you’ve included!

Getting customers to try it once is one thing, but this plan was effective in more ways than just one. Due to the flood of free samples and recommendations, Honey Nut Cheerios became the go-to recommendation for cereals when ordered from Amazon. If browsing on-site, Amazon offers alternatives to their recommendations. There’s one rapidly growing method of ordering from Amazon that doesn’t offer alternatives, however: voice shopping. When asking Alexa to add shopping to your basket, recommendations and previous orders form the foundation of Alexa’s suggestions. The recent wave of Honey Nut Cheerios orders off the back of Prime Day meant that, whenever someone asked for cereal to be added to their basket, Alexa would be more likely to suggest Cheerios.

Honey Nut Cheerios took the number one spot for groceries on Prime Day, and sales increased by 64%. Cheerios took advantage of Prime Day and optimized their marketing strategy to take advantage of the growing popularity of voice searches. In July of 2018, 80% of Honey Nut Cheerios’ buyers were new to the brand, showing that there was a substantial effect on spreading its popularity. Swallowing the cost of promoting their brand on Prime Day, Cheerios reaped the rewards further down the line due to all the resulting exposure. Using free samples, expert timing and a manipulation of the algorithms, Cheerios managed to bring their product to a wealth of new customers.

BrewDog are no strangers to hitting the headlines, but the return of their 24-carat Golden Cans campaign combines the opportunity to win with a sense of nostalgia.

Of course, to anyone the prospect of prizes worth up to $25,000 is pretty tantalizing. BrewDog fans are likely to spend more, beer lovers in general may have their heads turned from other brands, and even those entirely disinterested could be forgiven for making a purchase on the off-chance they are one of the lucky ones. There is a certain theatricality to this all, however. The golden cans are eye-catching, and the entire campaign is reminiscent of classic children’s book, Charlie and the Chocolate Factory. In fact, one of the prizes for finding the cans is a tour of their Aberdeenshire HQ, suggesting that the similarities are not just known to BrewDog, perhaps a huge part of the point.

Particularly in the UK, Roald Dahl’s books are a rite of passage for many children, and people all over the world will be familiar with the story of Charlie finding the golden ticket. Whilst a chocolate factory may be the be all and end all for children, a golden can is certainly likely to make more of a splash within the adult world, as if Charlie’s golden ticket has come of age.

For security reasons, the golden cans are not actually included in four-packs on shelves. So why did BrewDog not simply offer their customers money for finding selected packs? Because, it would defeat the entire point; it is about the spectacle. BrewDog seek to encourage people to buy their four packs by tapping into the childlike wonder of winning a golden ticket, in a story we’re all too familiar with. Of course, there’s plenty of tangible goodies to be won, but without the story, the campaign would carry a lot less weight.

There are a ton of creative methods you can use to take your marketing to the next level and get entirely new audiences to think about your products. For one thing, people seem to love free things (or the opportunity to win free things), but whether launching a new product or trying to drum up new customers, hopefully some of these creative ideas can inspire you to your next successful marketing campaign! 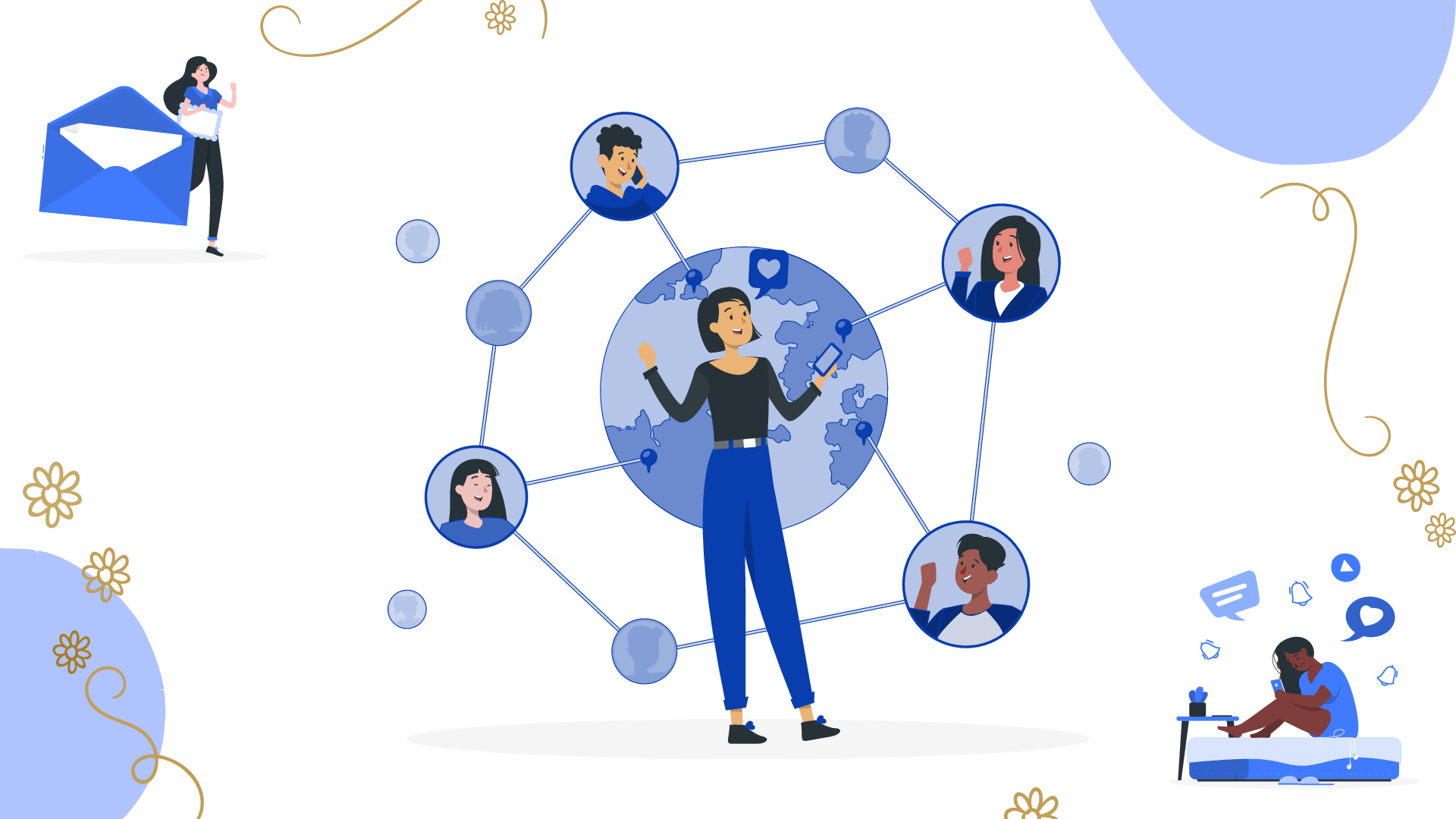 What is personalized marketing?

How you can use personalized marketing to connect with customers more effectively. 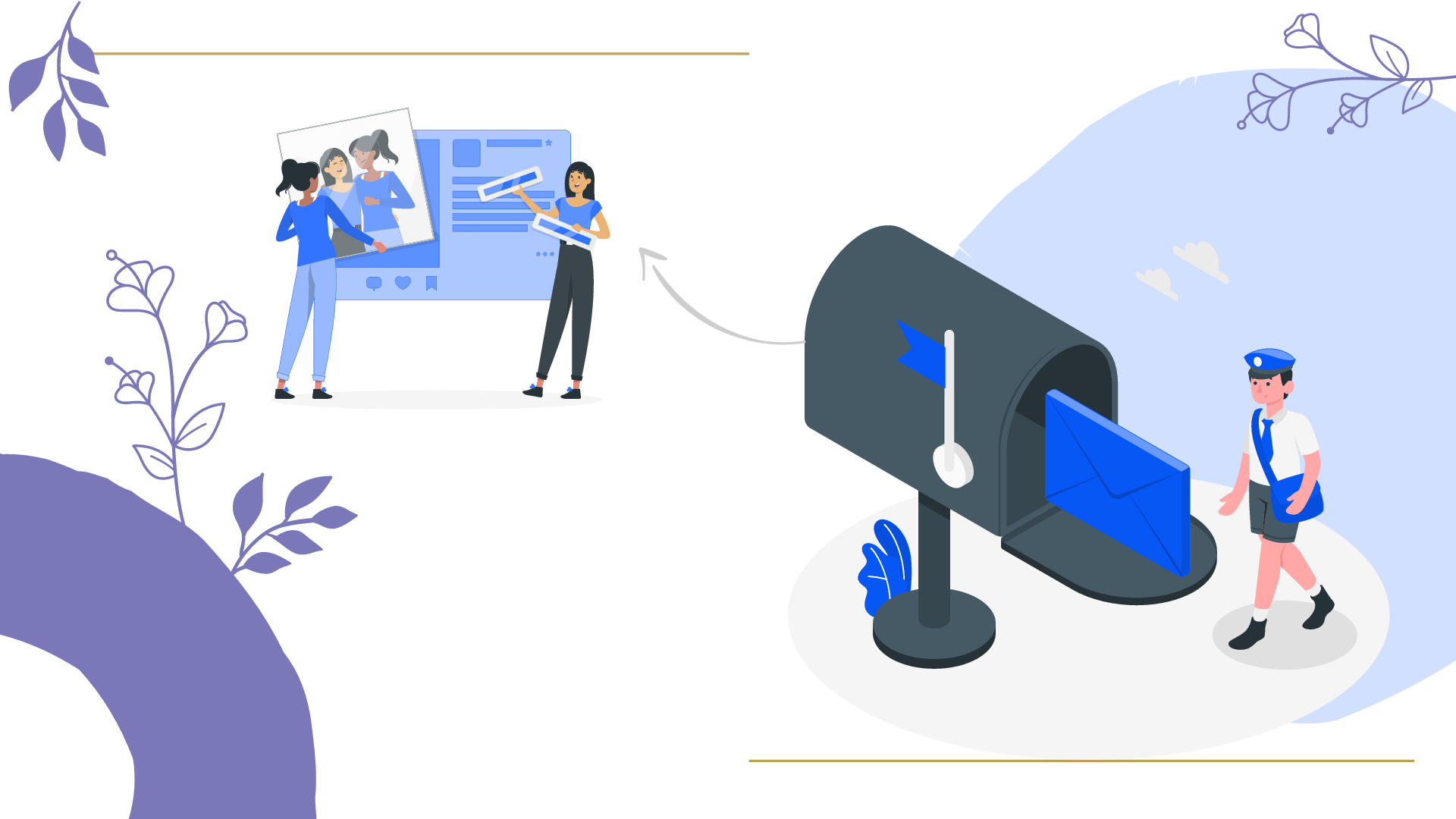 How to track your direct mail marketing campaign 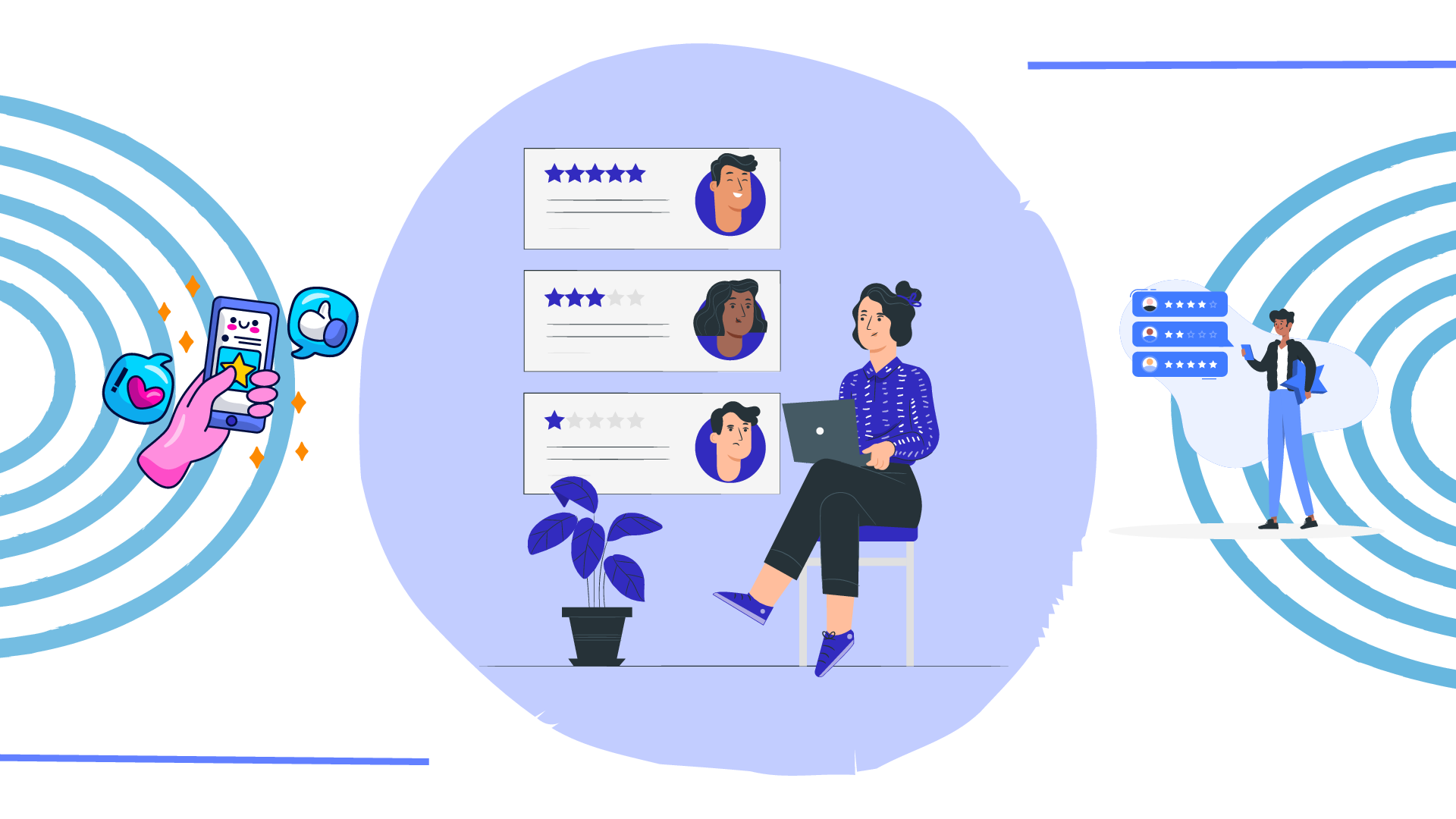 Black Friday is over...now what? Here's why you should focus on the customer experience between now and Christmas.